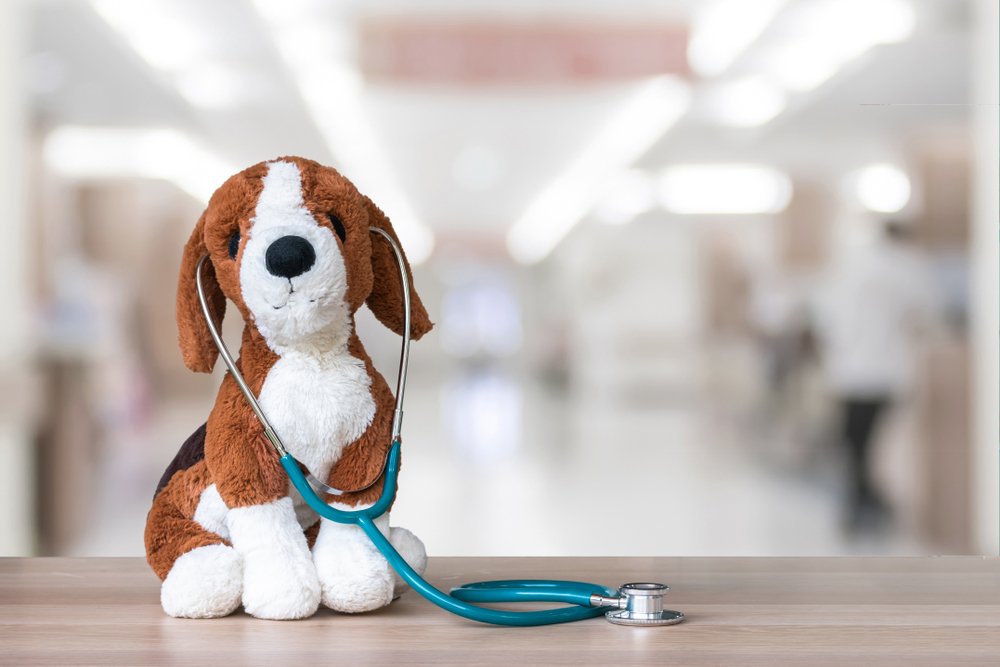 Quick summary: Zomedica is a popular Robinhood stock due to its very low share price and a notable surge at the start of 2021 as investors speculated it would be a beneficiary of the pandemic pet craze. However, the company has struggled to execute and faces ongoing questions about its shares being delisted. A lot is riding on the success of its TRUFORMA diagnostic platform.

Zomedica Corp. is a veterinary pharmaceutical company. According to Zomedica’s investor relations page, the company’s mission is “to provide veterinarians the opportunity to lower costs, increase productivity, and grow revenue while better serving the animals in their care.” Zomedica’s product portfolio includes “innovative diagnostics and therapeutics that emphasize patient health and practice health.”

More specifically, the company has a particular focus on bringing to market a new medical approach to detecting thyroid disorders in dogs and cats. This is described in the company’s latest quarterly report, dated August 11, 2021:

Our strategic focus has been on the commercialization of our TRUFORMA® diagnostic biosensor platform and the final development and commercialization of the first three assays for the detection of adrenal and thyroid disorders in cats and dogs. We also have continued our efforts on the development of the final two assays and will begin commercialization as soon as they are available. The TRUFORMA® platform uses Bulk Acoustic Wave (BAW) technology to provide a non-optical and fluorescence free detection system for use at the point-of-care. We believe that BAW technology will enable precise and repeatable test results at the point-of-care during a typical veterinary appointment.
Zomedica Quarterly Report, August 2021

Like many early stage pharmaceutical companies, the fate of Zomedica will rest on whether it is able to successfully develop and commercialize a product with a large enough addressable market, whether that is the TRUFORMA product mentioned above or some other drug.

Considering that ZOM currently trades as a penny stock ($0.56 per share at the time of writing), the market does not seem to be putting a lot of faith in the company’s prospects at present. In the meantime, ZOM faces the prospect of a potential delisting, similar to fellow “Robinhood most popular” stock Sundial Growers. A delisting would force ZOM to trade as an OTC stock and would likely remove it from the Robinhood app, as well as other important sources of funding.

The stock has always traded technically as a penny stock, which refers to any stock that is priced under $5 per share. Its high water mark was reached in the summer of 2018 when the stock flirted with $3 per share, before beginning a collapse in late 2018 that lasted to the end of 2020 when the stock traded under $0.10 per share.

Like many penny stocks, ZOM benefited from a number of peculiar trading phenomenon that converged during the pandemic. Many low-priced stocks that seemed to be in dire straits found new life and surged during 2020 and early 2021, including other stocks we have profiled such as Ocugen.

In the case of Zomedica, the company appeared to benefit from being a veterinary pharmaceutical stock at a time when more Americans were acquiring pets at record numbers to cope with ongoing lockdowns and a lack of ability to conduct their social lives as normal.

ZOM stock made a remarkable surge in first quarter of 2021, rising from just a few pennies to testing its all-time high of near $3 per share in February 2021. As discussed previously here inn reviewing Robinhood portfolio diversification, ZOM seems to have found a home with retail investors who are attracted to penny stocks with the ability to surge.

Unfortunately, for ZOM shareholders, the stock’s surge was short-lived. By the second quarter of 2021 it against traded under $1 per share en route to its current price of around $0.56 per share in September 2021.

Much of the fundamental news around Zomedica since its existence as a US public company has been negative. The company has burned through cash, had numerous execution failures, installed new management teams and has faced a continuous prospect of delisting from the AMEX exchange.

The potential good news for anyone still holding ZOM is that much of this bad news seems to be priced into the stock, as it is trading at literal penny stock levels. The hope for Zomedica shareholders is that a relatively new CEO can forestall the threat of delisting and deliver a few positive surprises that will excite its large retail investor base. Based on ZOM still being included in Robinhood’s 100 Most Popular stocks category, there remain many believers. The recent surge in the stock price also provided the company with an opportunity to improve its financial position.

However, the company also disclosed that:

For the foreseeable future, we expect to continue to incur losses, which will approximate historical levels as we continue the commercialization of our TRUFORMA® platform and expand our product development and sales
and marketing activities.
Zomedica Quarterly Report, August 2021

In terms of specific potential catalysts for the stock, we identified two at present:

Below we collect a number of recent opinions on OGI stock from analysts, journalists and others who follow the stock to give you a broad overview between the bulls and the bears. Lean Investments has no affiliation with any of the below commentators and the information below should be considered a starting point for your own research and not a recommendation of any kind. Keep in mind that the commentary below may not reflect the latest developments with the company and the stock price can move quickly based on new headlines.

At this point, Zomedica is not impressing with its ability to execute. The continued bleeding of cash — including Q2’s net loss of $4.7 million — isn’t helping the picture. What does make the Zomedica story slightly better is the company’s significant cash stockpile. As of June 30, the company reported $276.2 million in cash and cash equivalents. That gives it a considerable runway to get supplier issues resolved and TRUFORMA sales humming. The downside to that cash on hand is that Zomedica raised a chunk of it by selling additional shares. Doing so had a diluting effect for existing shareholders and helped to trigger a month-long slump in ZOM stock.

The problem is that Truforma just isn’t selling. While the company blamed its commercial launch challenges on the sale of its distribution partner, it’s still an eye-opener that the company has managed only $29,817 in total sales since its March launch. Although sales will undoubtedly grow as management works out the kinks, I have to wonder what investor wants to pay a multiple of almost 40 times estimated sales for 2022.

So I wouldn’t be concerned about Zomedica running out of cash anytime soon. I would, however, be worried that it may continue to struggle to increase Truforma’s sales. Further, because it’s a one-product company at the moment, it might be difficult for Zomedica to sell itself to a bigger company that can successfully execute Truforma’s growth plans.

It’s important to consider what the company isn’t saying. It has been five months since the first commercial sale of Truforma, and there hasn’t been a big announcement involving a large deal or even any pro forma sales numbers to measure the company’s progress. One way for companies to show progress is to highlight the sales figures they expect from deals they have made. Zomedica has been quiet on that front. And while it’s possible that once more assays are available, more veterinarians will sign on, the company shouldn’t need to add to its sales force for that to happen.

Above is a basic overview of Zomedica and ZOM stock. The company clearly has a lot riding on the success of its TRUFORMA platform and especially showing progress in generating revenue from the product. It will be key for potential investors to monitor going forward.