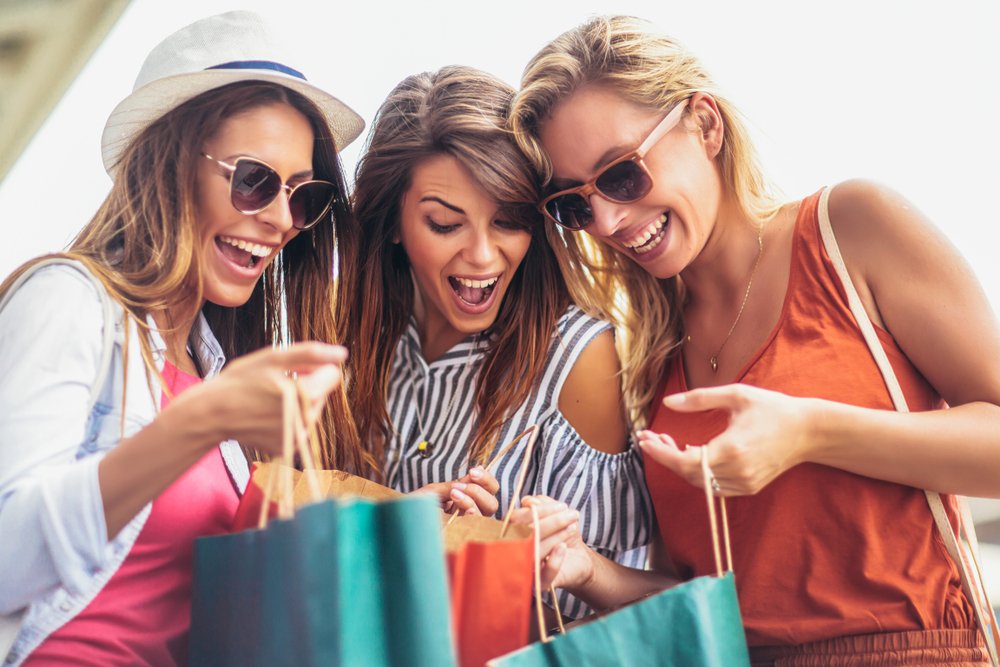 Quick Summary: Popshelf is a new and rapidly expanding retail concept launched in 2020 that focuses on home furnishings, party supplies, beauty products and more items that appeal primarily to suburban women. Popshelf stores are owned and operated by Dollar General, which trades under the stock symbol DG.

Introduction: What is Popshelf?

Popshelf (stylized as “pOpshelf”) is a new retail concept that offers home furnishings, health and beauty items, home cleaning supplies, arts and crafts and party goods, with 95% of items priced at $5 or less. The first two Popshelf locations were launched in Nashville, Tennessee in late 2020.

The stores are large, at 9,000 square feet each, continually refreshed with seasonal and other new merchandise and feature limited-time specials.

The target demographic for the store is decidedly female, suburban and those earning between $50,000 to $125,000, according a press release from the company.

Popshelf is positioning itself as an ideal location to stock up on items for children’s birthday parties in part through its partnership with The Confetti Foundation, as well for everyday needs such as skincare and basic home items.

Popshelf will compete in some areas with the likes of HomeGoods, HomeSense, Wal-Mart, Target and World Market for their chosen target demographic.

How Many Popshelf Locations Are There?

Popshelf launched with two stores in Tennessee in October 2020 and has since ramped up to 65 stores nationwide, with plans for an aggressive expansion through 2025.

According to a company press release, the plan is for 100 additional store openings in 2022 and 1000 additional store locations by 2025. This means that while you may not have personally encountered a Popshelf store as of yet, within a few years they will be ubiquitous throughout the suburbs of the US.

Most of the current store locations are in the south and southeast of the US. Georgia has the most Popshelf locations at the time of writing, with 19 locations. Recent locations where the store has opened include Texas, with locations in San Antonio and McKinney.

Popshelf also has 25 “store within a store” locations inside Dollar General, its parent company, with more planned to open throughout the year.

Popshelf is owned and operated by Dollar General, the ubiquitous dollar store.

Popshelf represents a new strategy by Dollar General to reach a different demographic of shopper than its traditional dollar store clientele. Popshelf is presented as a haven for suburban moms looking for affordable but nice items on a budget.

The store format and merchandise has been impressing retail analysts, with one telling Retail Dive:

“There’s nothing like it out there,” Mushkin said. “It’s very much on trend. The merchandise is insane. It’s just a really fun format. In some ways, it’s like Five Below all grown up. But that probably doesn’t do it enough justice.”

According to the Retail Dive article, Popshelf will distinguish itself from its parent company by focusing on trendy and seasonal products and will create a “treasure hunt” vibe for its customers. This goes beyond Dollar general’s primary focus on household essentials. Additionally, Popshelf provides a venue for Dollar General to position some of its own white label goods at higher prices than would be possible in its own stores.

Based on early customer and analyst feedback, along with Popshelf’s stated aggressive expansion plans, it seems clear that this format has potential. It’s particularly notable to see such a large investment made in a new retail concept in 2022, where many other legacy retail brands have been struggling. Dollar General executives clearly have confidence that its merchandising strategy for Popshelf will keep the brand one step ahead while providing an environment that women and their families will enjoy visiting.

If you’re interested in gaining investment exposure to the Popshelf brand, it’s relatively easy to do so. The appropriate stock ticker to look for is DG, which is the stock symbol for Dollar General Corporation. DG stock is available on Robinhood and every other major broker in the US.

Before deciding to invest, you should research Dollar General as an overall company, including reviewing their recent earnings reports and fundamentals.

While the Popshelf retail concept and expansion of stores is an exciting development for the company and likely will contribute to DG’s growth in the near future, the Popshelf stores today make up a relatively small slice of DG’s overall revenues. To put it in perspective, Dollar General operates more than 17,000 stores in 46 states, compared to less than 100 Popshelf locations operating currently at the time of writing.

Dollar General is a well-established brand in the low-income shopper space, but it does also have strong competition, including rival Dollar Tree as well as Wal-Mart, which also competes for a similar shopper demographic. Likewise, even Amazon should be considered a potential competitor, as the online retailer thrives on the quick delivery of low-price items and has an advantage with its immense e-commerce delivery infrastructure.

Beyond competitors, investors should take account of a challenging macroeconomic environment for budget-conscious shoppers who are facing higher gas and food prices, as well as waning government support as stimulus checks and savings are spent down.

The bearish case on Dollar General was presented by Bank of America analysts in 2021, in a report that highlighted a number of challenges to the stock beyond rising consumer costs. It also pointed out Dollar General would be pressured by rising wage demands from its employees and also the challenges of competing with a growing number of competitors offering online grocery delivery.

Despite these concerns and a recent disappointing earnings report, most analysts who cover DG stock remain bullish, according to Barron’s.

Wells Fargo analyst Edward Kelly was quoted in Barron’s in February 2022 making the case for the stock as follows:

“The stock is up only 5% from the pre-Covid level, despite meaningful improvements to an already attractive investment case…. Visibility on sustained double-digit earnings growth remains robust in a market where it’s difficult to find good compounding stories in consumer.”

Keep in mind analyst opinion is just that, opinion, and it’s always best to do your own research and read a variety of bullish, bearish and neutral opinions before risking your money on any stock investment.

Popshelf seems to be occupying a slightly distinct niche in the marketplace offering a unique mix of merchandise that other competitors can’t perfectly replicate. However, there are many different retailers with tradable stocks that compete in some areas with the new Popshelf concept, including:

It will be interesting to see how successful Popshelf becomes and ultimately how it impacts the bottom line for Dollar General.