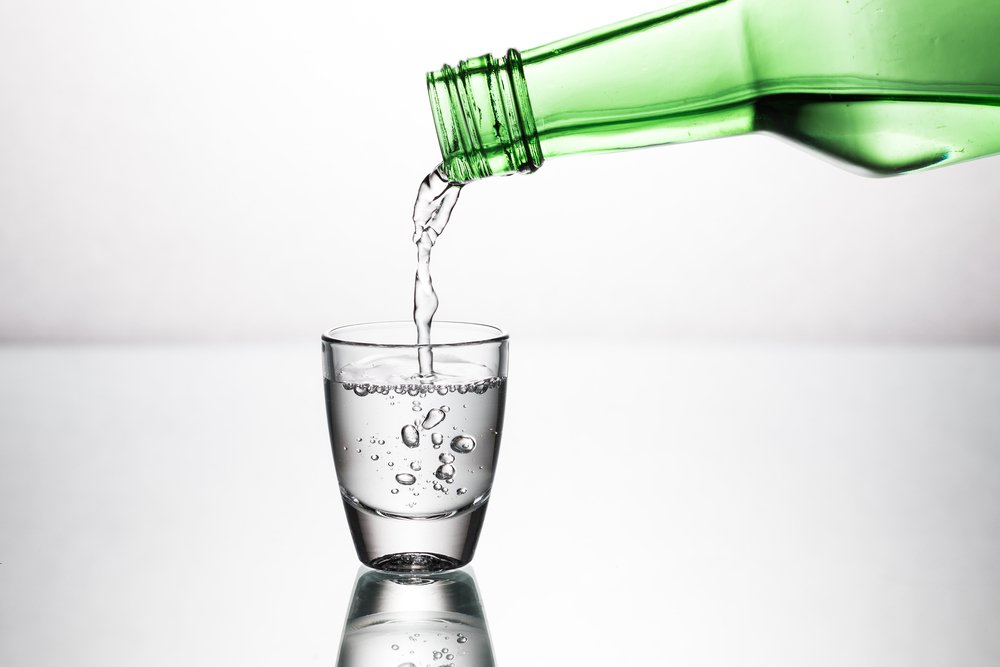 Quick Summary: Jinro is the most popular brand of the most popular spirit in the world: Korean soju. The brand is owned by HiteJinro, a Korean company that is listed on the Korea Stock Exchange. It is not easy to invest in HiteJinro directly from the US, but there are some options to do so.

Introduction: What is Jinro Soju?

Soju is a Korean spirit that is hugely popular both within its own country and many other Asian markets like China and Japan. Its popularity in these large Asian markets had made soju the best selling spirit by volume globally.

It is increasingly becoming known here in the US and in other western markets. You can likely find soju at a well-stocked liquor store near you.

Soju is a clear spirit that clocks in at a lower alcohol percentage than most other liquors westerners are familiar with, typically in the 20-24% ABV range. Its easy flavor profile is often compared to vodka, but without the accompaniment of a harsh burn due to soju’s lower alcohol content. Soju is traditionally served with food. Soju can be sipped or added to a cocktail, but is more commonly taken as a shot.

There are many different Korean brands of soju, but the most popular brand is Jinro Soju. The Jinro brand is estimated to have more than 60% of the market share of Korean soju. This popularity has also put it in a good position to expand overseas and as of 2020 has US TV commercials promoting the brand as “the world’s best selling spirit.” Jinro soju was also the first to be served at a Major League ballpark through a partnership with the LA Dodgers.

The Jinro brand has a variety of different soju spirits, including:

Jinro Chamisul Soju – The original, flagship brand of soju best known in Korea and produced since 1924.

Jinro Chamisul Fresh Soju – A slightly lower ABV version of the original, this version has become extremely popular in Korea.

Jinro 24 – A slightly stronger version ideal for cocktails, unflavored with a 24% ABV. According to Saucey, this soju is “light and easy to drink” and makes for a great introduction to the spirit.

The Jinro brand of soju is produced by HiteJinro, a multinational Korean beverage maker that also produces beer, whiskey and plum wine, in addition to their many varieties of soju.

HiteJinro has a dominant position in the Korean soju market with more than 60% market share, according to analysts. Jinro’s soju brands have been at the top of most lists of popular spirits dating back as far as 2002. Jinro sells more of its soju than the second and third place brands soju brands combined, according to Vinepair.

The company has ridden its success in Korea to multiple international markets and beyond the US it is also sold in Russia, Japan, China and India.

Hitejinro was founded in 1924 and is headquartered in Seoul, South Korea.

HiteJinro trades on the Korean stock market. There is not currently an international OTC version to invest in. This means the company is not available on Robinhood and not easily available to invest in on most other US-based brokers.

For reference, the correct stock ticker for HiteJinro on the Korean Stock Exchange is: 000080.KS.

The “KS” references the Korean stock exchange and the number references the specific company. You may also see the stock referenced as KR:A000080 or KRX: 000080, depending on how the data provider represents the Korea Stock Exchange in their stock ticker. The number should remain constant, though.

How to Invest in HiteJinro from the US

Despite not having a US-based listing or ADR for US investors to access, those determined to invest in the world’s best selling spirit brand do have some options to access the company as an investment.

The first option is to invest directly in the Korean shares of HiteJinro through a broker that offers the ability for US-based investors to invest directly on local international exchanges. One of the best options for this is Interactive Brokers. This platform offers US investors the opportunity to invest in 150 different markets worldwide, including the Korean Stock Exchange (KSC). You can read more about the process for investing directly on international markets on Interactive Brokers on this page.

While this method is the most direct for those wanting pure exposure to HiteJinro, it does come with drawbacks. In order to invest directly in the Korean shares, you will need to exchange your dollars for Korean won and the shares themselves will be denominated in Korean won. This exposes US-based investors to foreign currency risk, which means that even if the investment itself does well, you may lose some of or all of the gains due to foreign currency shifts between the dollar and won. You will also need to get used to converting everything from the stock’s share price to its fundamental information (revenues, profits, etc.) from Korean won to US dollars when analyzing the stock on your broker’s screen.

Another issue is that you will need a method to monitor your investment’s performance, as Korean stocks trade overnight for US investors. This means that if a major event happens that rattles Korean stocks or HiteJinro specifically, you may not be awake and have the ability to react in the moment. You can consider setting a stop loss, but this method also has some drawbacks.

Another option to get exposure to HiteJinro is through an ETF. This method also has drawbacks as you are not getting sole exposure to the company but rather a portfolio of different Korean or emerging markets companies, of which HiteJinro will make up just a small part. While HiteJinro is a large and growing company, it is nowhere near the size of a Samsung or Hyundai. This means HiteJinro is not currently represented in the MSCI Korea ETF, which is a natural first place to look for it.

HiteJinro most often shows up in emerging markets small-cap ETFs, but it doesn’t have a large presence within them. Two options include the WisdomTree Emerging Markets Small Cap Dividend ETF (DGS) or the iShares Emerging Markets Small Cap ETF (EEMS). Keep in mind that HiteJinro is not currently in the top 25 holdings of either fund, so your actual exposure to the company itself will be tiny, while you’re also exposed to a large number of countries from volatile emerging markets including China, India, Brazil and South Africa. Unless you understand and are willing to embrace the risk/reward profile of emerging markets investing, this is not an ideal option for those solely interested in HiteJinro stock.

Ultimately, the best solution for us Robinhood investors is likely to wait and hope with HiteJinro’s growing global popularity, the company launches an ADR, or some other OTC version of its stock that we can invest in directly using our own currency.