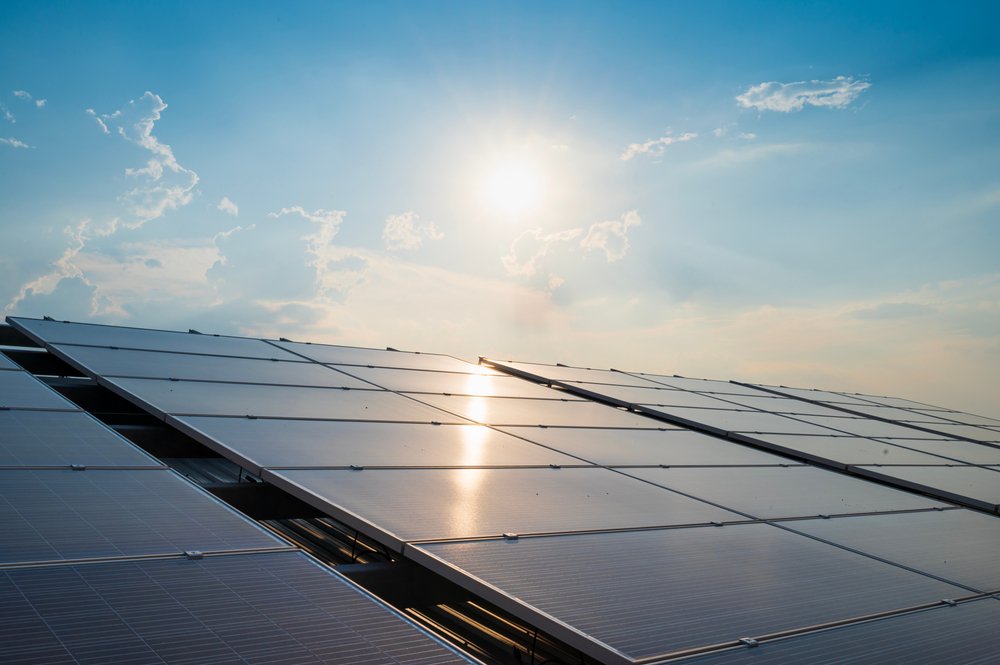 Quick summary: SolarCity stock had a brief and volatile time as a stock under the stock symbol SCTY. After a hot IPO in 2012 and a strong two year run, the stock fell on hard times only to be acquired by Elon Musk’s Tesla in 2016 under controversial circumstances that have yet to be fully resolved.

Introduction: What Happened to SolarCity Stock?

SolarCity Corp. is a consumer solar power and solar financing company backed by famous entrepreneur Elon Musk. The stock had its IPO in 2012, surging nearly 50% on its first day of trading on the back of broad investor enthusiasm, despite skepticism on Wall Street. It traded under the stock symbol: SCTY.

The company, founded by Musk’s cousins Lyndon and Peter Rive, was notable for its breakneck pace of growth but also challenged profitability. SCTY stock was volatile during its short life as a public company and was eventually acquired by Musk’s Tesla, in 2016, not without some level of controversy. Musk would ultimately have to defend his acquisition in a courtroom after being sued by a group of Tesla shareholders unhappy with the rationale for the deal.

SolarCity had its IPO at a time when the US economy and financial markets were still relatively fragile after the global financial crisis. In fact, SolarCity utilized provisions in the Jump Start Our Business (JOBS) Act that allowed new companies to debut with reduced levels of disclosure. The JOBS Act was a program designed to enhance business activity coming out of the financial crisis.

While some investors, especially those already enamored with Musk’s other famous company, Tesla, were enthusiastic about SolarCity, other observers noted difficult issues facing the company. These included reduced government support for solar and wind companies, an IRS probe into SolarCity’s use of grant money and most importantly, SolarCity’s inability to come close to turning a profit.

The concerns around SolarCity’s business did not dampen broader investor enthusiasm the SCTY’s IPO debut on the stock market. The shares surged 47% above its IPO price of $8.00 to close at $11.79 on its first day of trading.

The initial enthusiasm for SolarCity continued to propel the stock’s share price higher—much higher—during its first years of trading. Like Tesla, SolarCity had many doubters from the start and the stock was heavily shorted. This ended up ultimately driving the price of the stock higher as short squeezes occurred when the stock price rose on positive news, such as a deal between SolarCity and Goldman Sachs, where the investment bank announced it would provide $500 million in financing support for SolarCity’s solar projects.

The continued presence of Elon Musk as SolarCity chairman had a beneficial impact on the stock as an analyst described in a 2013 CNN Money article:

Molchanov said SolarCity shares had benefited from the company’s association with the highly visible Musk, whose Tesla reported its first-ever quarterly profit last week. Tesla shares rose again Thursday after the heavily shorted automaker announced plans to raise $830 million — including a $100 million investment from Musk — in order to prepay its loan from the U.S. government.

“The short squeeze in Tesla has been spilling over into gains in SolarCity,” Molchanov said. “That’s something that’s unrelated to SolarCity’s own business — you can call it the Elon Musk Trade.”

This dynamic continued through 2014, with SolarCity stock peaking above $75 per share. Investors were enthusiastic about SolarCity’s top line growth, association with Musk and news of technological breakthroughs.

However, things began to sour for the company, and especially the stock, in 2015. Investors became increasingly concerned with the company’s earnings reports, which included wider than expected losses. In October 2015, the company not only reported a larger loss than investors were expecting but also slashed its long-term growth forecast. The stock plunged 21% on the news, adding to losses of about 30% for the year up to that point.

The stock would never recover its earlier high ground and with the looming expiration of federal government subsidies that helped support the business, it’s clear the company was in trouble. Famous short-seller Jim Chanos announced in 2015 he was short SolarCity, likening the company to nothing more than a subprime lender, a particularly cutting remark when taking into account the association this had with the events leading up to the financial crisis that was still fresh in investors’ minds.

Chanos would go on to predict:

“They’re losing money on every installation and making it up on volume and that’s a problem when you have a levered balance sheet. I think SolarCity gets into financial trouble in 2016.”

According to documents later made public, SolarCity was indeed in financial trouble. Elon Musk sent a note to SolarCity’s executive team prioritizing that they solve the company’s”liquidity crisis” as a first order of business.

SCTY stock had dropped into the low 20s at this point and short-sellers likely thought their moment in the sun had come.

However, Elon Musk had another trick up his sleeve, making a bid to purchase SolarCity for Tesla. In June 2016, Musk described his offer to buy SolarCity for Tesla a “no-brainer move” that would make the combined company an end-to-end company for clean technology solutions. SolarCity shares rallied on the news, even as Tesla’s stock dropped 10%.

The proposed deal immediately stirred concerns of conflict of interest as well as concern among some current Tesla shareholders about how the company would digest SolarCity, which was a capital intensive business operating in a highly volatile market segment. Musk owned more than 20% of each company and his close family relationship with SolarCity’s founders and executives sparked a media frenzy.

Despite all of this controversy, the deal closed in November 2016. But this was far from the end of the story. Musk would face a lawsuit from aggrieved Tesla investors who saw the deal as nothing more than a “bailout” for SolarCity. The ultimate outcome of the litigation, the scope of which has been narrowed by a judge, continues to rumble on, with a decision expected as to Musk’s personal liability expected later in 2022.

Ultimately shareholders of Tesla have not yet experienced any undue negative effects when strictly looking at the returns of Tesla stock since the deal closed in 2016. In fact, Tesla has been one of the best performing major stocks over this period.

After SolarCity was acquired by Tesla it stopped existing as a standalone entity and brand. Many key original executives of SolarCity left the company by 2017 and the business was incorporated into Tesla Solar.

Tesla continues to experience residual headaches from the SolarCity acquisition. In 2019 it was sued by Walmart over allegations that solar panels installed at some locations had caused fires.

In late 2021, the SEC opened an investigation of Tesla related to a safety complaint made by a former employee and a lack of disclosure to investors over safety concerns with its solar panels.

None of these issues appear to have slowed down Musk’s ambitions in the solar and clean energy storage areas. In January 2022, Musk told investors that “the company will accelerate its solar and energy storage business in 2022, promising a ‘pretty vast’ clean energy business.” Musk noted that the company’s prospects in this area had been hampered due to supply chain issues but expansion of its factories would increase volume in 2022.

With ongoing litigation and questions around the ultimate value of Tesla’s solar business still unclear, only time will tell if SolarCity’s acquisition will pay off for Tesla and its shareholders.