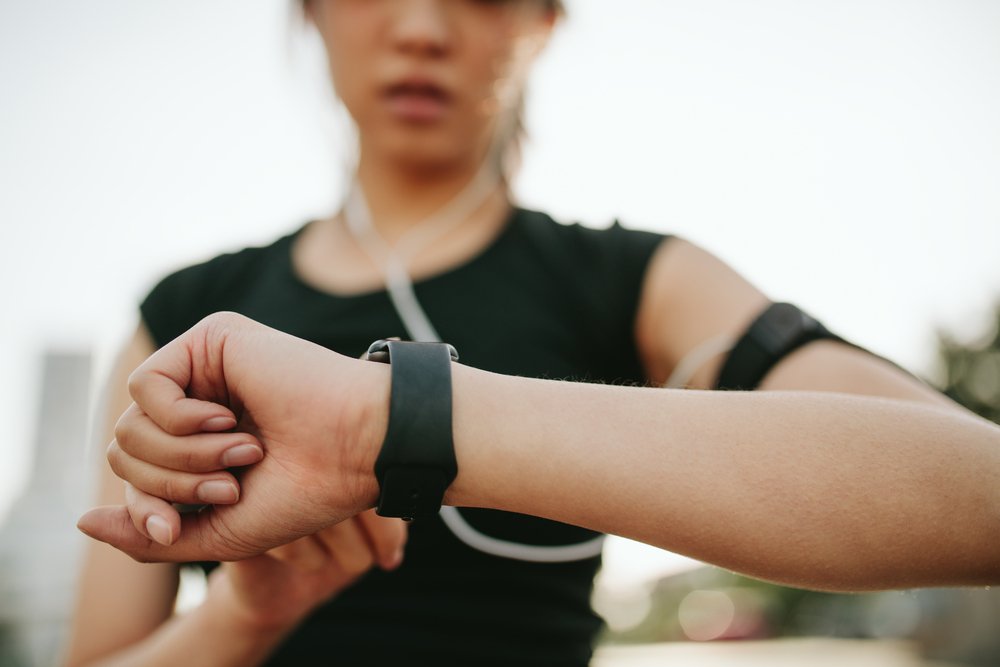 Quick summary: Fitbit had a brief run as a public company from 2015 to 2021 under the stock symbol FIT. After a strong IPO, the stock sunk into penny stock territory before being acquired by Google parent company Alphabet (ticker symbol: GOOG) in early 2021.

Introduction: What Happened to Fitbit Stock?

Fitbit was a leading player in the connected health space and known for its iconic wearable watches that tracked everything from daily steps to how well its users slept at night. The company was founded in 2007 and originally known as Healthy Metrics Research, Inc.

Fitbit had a successful stock IPO in 2015 at a time when it was the clear leader in wearable technology, with some estimates of its market share as a high as 85%. The competitive landscape soon changed, however, with the advent of the Apple Watch and other competition and Fitbit’s stock price declined sharply into the single digits.

Google saw an opportunity to expand in this market and acquired Fitbit in a deal that closed in early 2021, after passing through much regulatory scrutiny. Fitbit is now part of Google’s hardware division and its products are still widely available under its original brand name.

Fitbit went public in June 2015 with a much hyped IPO that originally priced the shares at $20 and surged 48% on its market debut to close just under $30 per share. There was an extreme amount of optimism around both the company and wearables as a category as evidenced by Fitbit CEO’s James Park’s statement quoted by the New York Times during the stock’s first day of trading:

“We are the clear market leader with 85 percent market share,” Mr. Park said in an interview. “Fitbit is synonymous with health and fitness tracking, and that gives us a competitive advantage in the marketplace.” He also pointed to what he called the company’s powerful user base and its value as a social network.

The enthusiasm and success of Fitbit’s stock was relatively short lived.

As detailed by Benzinga, by 2016, it had dropped below its original IPO price. By 2017 the stock traded in the single digits. By 2019, FIT was a penny stock, trading below $3 per share. Like other former stocks we have profiled such as LinkedIn and Mobileye, this sharp decline in stock price made Fitbit an affordable acquisition target.

Google announced its intentions to buy Fitbit in late 2019, paying $7.35 per share for the company. While Fitbit stock moved up on the news, the ultimate sale price was still a steep decline for the stock that peaked at more than $51 per share just four years prior.

Google executives characterized their interest in Fitbit as a potential enhancement for its WearOS operating system that would help power its own smartwatch and wearables division. Part of its motivation was likely to compete with Apple, which was quickly becoming the dominant force in wearable technology via its popular Apple Watch.

“By working closely with Fitbit’s team of experts, and bringing together the best AI, software and hardware, we can help spur innovation in wearables and build products to benefit even more people around the world. Google also remains committed to Wear OS and our ecosystem partners, and we plan to work closely with Fitbit to combine the best of our respective smartwatch and fitness tracker platforms.”

However, there were immediate concerns about antitrust and data privacy issues in the wake of the deal, particularly about Google’s access to customers’ personal health data, considering its already dominant position in consumer data through its search engine dominance. Ongoing regulatory reviews in the US, EU and Australia threatened the prospects of the deal but the acquisition was eventually cleared and Google closed on its purchase in January 2021.

The ultimate impact of Fitbit on Alphabet’s stock is too early to tell, considering it’s been less than two years since the acquisition was completed. While there have been some rumblings about poor customer experience since the Google acquisition from Fitbit customers, it’s also clear that Google’s resources have helped in the product development space.

The real test will come in seeing how effectively Alphabet is able to compete with Apple, Samsung and other hardware competitors in the wearables space and what impact the acquisition of Fitbit’s technology and talent has on its overall wearable technology division and how they are able to integrate it with other parts of the business such as Google TV.

For now, keep your eyes on how things develop off of the the following insights from Front Office Sports:

Google TV, a platform enabled on various smart TVs and other devices, could soon incorporate fitness capabilities that integrate with data from wearables, not unlike the pairing of Apple Watch and Apple Fitness+.

The company is expected to launch its first in-house smartwatch with fitness tracking features later this year.

Alphabet telegraphed its move into fitness-tracking wearables with the acquisition of Fitbit, completed in January 2021 for a reported $2.1 billion. The deal is being investigated by the U.S. Department of Justice and the Australian Competition and Consumer Commission over privacy issues.

Whether or not you believe in Alphabet’s wearable technology strategy keep in mind that it is a truly massive company that still drives the majority of its revenues from search and related advertising. The Fitbit acquisition going to plan would be a nice bonus for investors who like Alphabet as a whole.