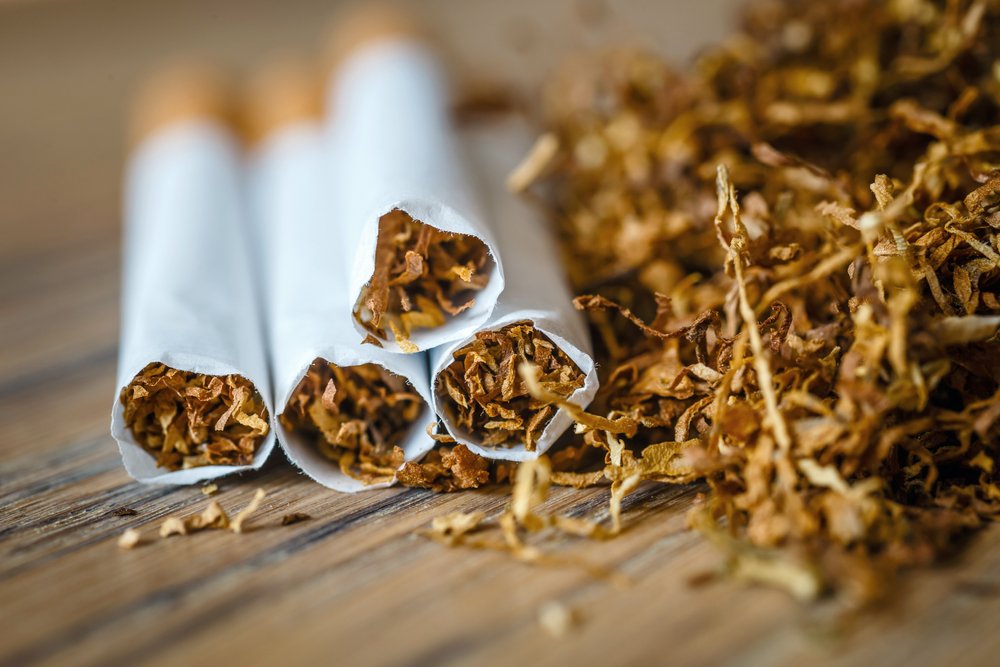 Quick summary: RJ Reynolds has had four different stock symbols associated with its brand. Today, the brand is a subsidiary of British American Tobacco, the latter of which trades under the ticker BTI, which you can find on the Robinhood app and any other major US broker.

The RJ Reynolds Tobacco Company has a long history of being incorporated into other larger companies. Born in 1875, the company first issued common stock in 1899 and eventually became part of Reynolds American, Inc. in 2004, with the latter becoming a fully-owned subsidiary of British American Tobacco in 2017. Along the way it had a brief, notorious merger with Nabisco, that formed the basis of the famous book Barbarians at the Gate: The Fall of RJR Nabisco.

That means that RJ Reynolds has had four different stock tickers associated with its brand: RJR (twice), RN, RAI and now BTI. Below we take a closer look at this history and also glimpse at the full business operations of British American Tobacco to see how significant the RJ Reynolds brand is within its larger parent company.

The original use of the RJR stock ticker covered its many years as a successful tobacco company headquartered in Winston-Salem, NC. During this period, the company harvested the gains from seeds planted in the previous century including the advent of the Camel cigarette brand and a dominant early position in the chewing tobacco market. The company’s success paved the way for other successful local businesses that received its business, including Wachovia Bank and RJR’s law firm, which would become the largest in the state of North Carolina.

By 1970, the company had rebranded to Reynolds Industries to reflect its diversified ownership stakes in other businesses, but kept the RJR stock symbol. RJ Reynolds Tobacco Company would now be a subsidiary of the larger company which would go on the acquire Pacific Hawaiian Products, Sea-land Service and Del Monte Foods. The RJR stock symbol would persist until 1988, when the company, which merged with Nabisco in 1986, would be taken private in a leveraged buyout (LBO) by private equity firm KKR, documented in the famous book Barbarians at the Gate: The Fall of RJR Nabisco.

After nearly three years as a privately held company and the loss of many its brands and minority investment stakes (including a 20% share of ESPN), RJR Nabisco reemerged as a public company in 1991 trading under the stock ticker RN. The company earned immediate plaudits for its turnaround plan and ability to restructure the massive debt piled on it in the aftermath of its leveraged buyout.

However, the stock, like other major tobacco companies, was eventually caught up in the crosshairs of significant government regulation and the company struggled to build on its early success. KKR, the private equity firm that still held a major ownership share in the company, eventually gave up on it and booked a loss on its investment, which would forever be known as the most notorious LBO in history.

RJR returned to the public markets in 1999, refocused on its domestic tobacco businesses, including famous brands ranging from Camel, Newport, Winston and Doral. While being relaunched as a public company around the year 2000 may have been unlucky for most, unlike the tech-heavy NASDAQ, investors sought out the safety and hefty dividend of RJR stock as the market collapsed around it. The company was able to shed most of the debt from its RJR Nabisco years and even build a healthy cash balance in its first years as the reborn RJR. An RJ Reynolds spokesperson may have said it best, when he declared:

“We’re a company that has done what it says it’s going to do. In today’s day and age, that’s something that Wall Street is looking for.”

The new RJR years didn’t last long, however. In 2004 the company announced a merger with Brown & Williamson, a subsidiary of British American Tobacco to merge its US-based tobacco businesses. The new publicly traded company would trade under the stock symbol: RAI. The company would compete with Altria for dominance of the US tobacco market, but would come up short taking 34% of market share compared to Altria’s 51% by 2016. The stock, however, was a solid performer during this period, closing at more than $65 per share at the end of its current incarnation after opening at less than $8 per share in 2004.

With its acquisition of Reynolds American, BTI holds a differentiated position in the global tobacco market by being the only major player operating in North America and internationally. Competitor Altria focuses solely on the US, while Phillip Morris International offers many Altria smoking brands internationally. The BTI portfolio includes Camel, Lucky Strike, American Spirit, Dunhill, vaping brand Vuse, tobacco heating brand Glo as well as Velo, a competitor in the nicotine pouch space. It also has investments in the energy and wellness drink space as it continues to look for opportunities to diversify.

Like other tobacco companies, the stock offers a whopping dividend yield, in excess of 8%, while the stock price has largely treaded water since 2018. Since the July 2017 announcement of the Reynolds American acquisition, BTI’s stock price has declined more than 50%.