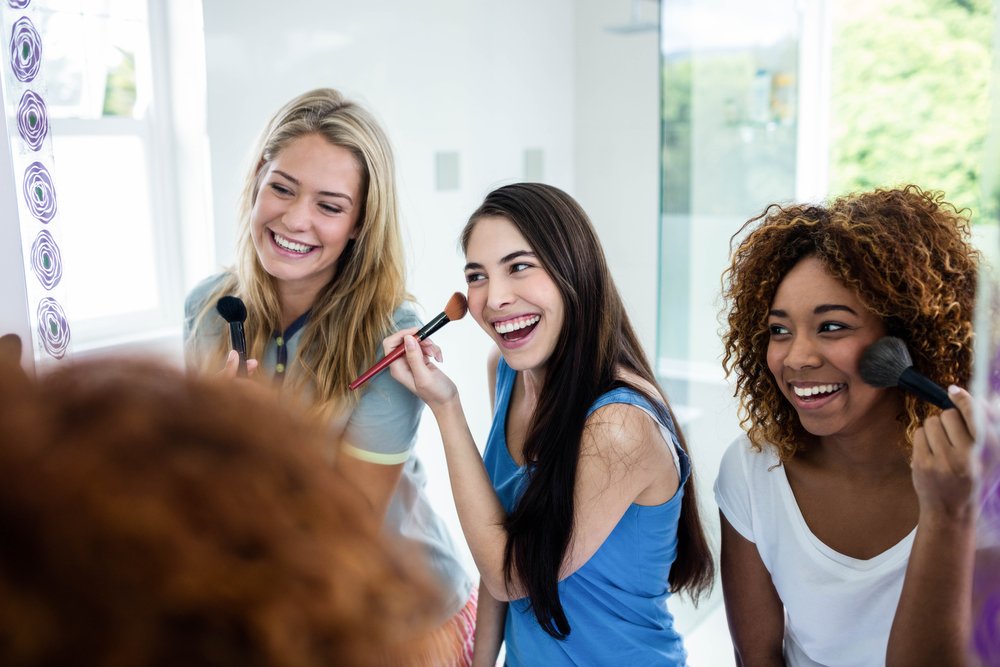 Quick summary: Mary Kay is a privately held company and therefore does not have a stock symbol to find on Robinhood or any other broker. The company was publicly traded from 1968 to 1985, but a new IPO is unlikely in the near future.

Mary Kay is not publicly traded, it is a privately held company.

Mary Kay is one of the largest direct sellers of skin care and cosmetics products. Direct selling means that Mary Kay utilizes its own salesforce, which consist of independent contractors, to sell their products directly to customers through networking and home parties, as opposed to having a retail presence.

The company is the 164th largest private company in America with 5,000 employees and $2.8 billion in revenues. As a private company, that means Mary Kay has no stock symbol and is not available to trade on Robinhood or any other broker.

Originally founded in 1963 by Mary Kay Ash under the brand Beauty by Mary Kay, the company is now one of the largest direct sellers of skin care and cosmetics, according to Forbes Magazine.

Using a direct sales method, the company is sometimes grouped in with multilevel marketing and even pyramid scheme companies. Most media reports that have investigated the company have determined that while Mary Kay is structured as a multi-level marketing company (MLM), it’s business practices are above board and do not meet the definition of a pyramid scheme.

However it has been previously reported that only 300 of Mary Kay’s 600,000 salesforce make six figures and many consultants become disillusioned with the company’s business practices over time.

Mary Kay was founded by Mary Kay Ash in Addison, Texas in 1963. She originally attempted to build a career in the corporate world but became discouraged after being passed over for promotions repeatedly by less qualified male colleagues. Building on what she learned in her door-to-door sales career, she started her own business selling cosmetics at home parties and immediately found success.

Espousing faith-based values, a commitment to sustainability and support of women’s and girl’s organizations, Mary Kay Ash’s charisma was contagious in building a passionate salesforce across the country and eventually, the world.

The direct sales method offered a potentially attractive lifestyle and business opportunity for thousands of women who sought to be able to earn their own income while maintaining flexible hours in order to be able to attend to family obligations. The award of a Pink Cadillac for Mary Kay’s top performers also became an attractive recruitment tool.

After finding success in the US, Mary Kay expanded aggressively across borders during the 1980s, first in Latin America and then in Eastern Europe. Mary Kay also found itself in the middle of a heated rivalry with fellow Dallas direct sales beauty company BeautiControl throughout the 1980s. BeautiControl was eventually bought by Tupperware Brands and the BeautiControl brand ceased operating in 2017.

For its part, Mary Kay remains very much in operation, even after the passing of its founder in 2001. While Mary Kay itself has just 5,000 corporate employees, the opportunity of being a “Mary Kay lady” remains an attractive pull, with nearly 3.5 million independent salespeople operating on behalf of the brand globally in 40 different international markets, according to data from Forbes.

When Did Mary Kay Go Public?

While Mary Kay is a private company today that is not available to trade as a stock, this was not always the case. In 1968, after five years of impressive growth, Mary Kay Cosmetics went public, listing its shares on the stock exchange. The IPO provided funding for the business to greatly expand its operations, including opening up its first distribution center in the Dallas suburbs.

By 1973, Mary Kay Cosmetics Inc. stock was trading on the New York Stock Exchange, and performed particularly strongly from 1973 to 1983, with its share price rising by 670%.

By 1983 the company was facing slowing growth and a disappointing earnings report was punished by investors. The New York Times reported that the economic environment had shifted away from direct selling, quoting one analyst as stating that ‘’More women now are seeking full-time employment as the economy recovers and this has had an adverse impact upon companies that depend upon direct selling.”

The lowered expectations for the stock on Wall Street soon led to the company’s leadership deciding to take the company private. In 1985, reports that the company would be taken private surfaced led my Mary Kay Ash, her son, who ran day-to-day operations of the company, and other executives who accounted for about 30% of all company shares.

Since the private takeover in 1985, Mary Kay has remained a private company. The company has persisted through multiple economic cycles since then and in part thanks to its global expansion, has been able to thrive up until the present day.

On the one hand, the fact that Mary Kay Cosmetics was a public company for a substantial amount of time bodes well for the potential of a return to the public markets in the future. It’s more likely that a company with a previous history as a stock could return at some point, compared to companies like Mars and New Balance that have always remained private and feel the stock market conflicts with their core values.

We have also documented companies like Krispy Kreme that were public once, went private and then returned for a second IPO.

However in the case of Mary Kay it doesn’t seem likely that the company will return as a stock anytime soon. As a direct seller and MLM company, they are under the microscope and routinely have to withstand negative press from disillusioned sellers.

By going public, the company would open itself up to additional pressure from investors and Wall Street analysts, as well as face additional scrutiny related to ESG (environmental, social, governance) concerns. Mary Kay executives likely watched and learned from the experience of Herbalife, a publicly traded MLM that was the subject of an aggressive short selling campaign from Bill Ackman and realize they could be similarly targeted by activist short sellers were they to go public again.

Mark Kay today remains highly profitable and is likely serving the interest of ownership and management well. There is no obvious financial pressure for Mary Kay to generate additional funding for an IPO.

We are not ruling out the possibility, but for now the chances seem slim to see Mary Kay on Robinhood anytime in the future.

We recently profiled Sephora, a LVMH portfolio company and list a number of similar beauty product companies in that article that are available as stocks, including Ulta, perhaps the best known pure play cosmetics retailer stock in the US.

Obviously, what makes Mary Kay different is the direct selling model. Like with Chick-fil-A, which offers franchise opportunities, those who are most interested in sharing in the economic benefits of the company can get involved directly with Mary Kay by becoming a sales consultant. Just ensure to do your own research on the company and read both the positive and negative accounts of salesperson experiences before deciding to take the plunge.