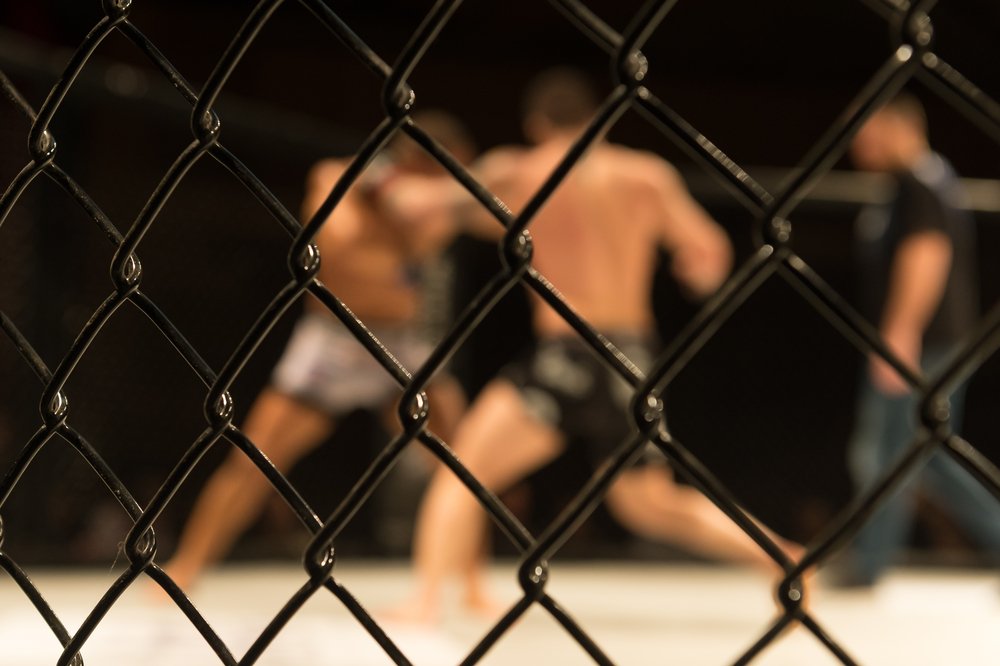 Quick summary: UFC is not publicly traded, but its parent company, Endeavor Group Holdings Inc., trades under the ticker EDR. Endeavor is a diversified sports and entertainment group, which owns a number of additional sports properties and business lines beyond its 100% ownership of UFC. Investors may be wise to wait for EDR’s first earnings report to get a better grasp on how much UFC is impacting EDR’s bottom line.

Read on to understand the relationship between UFC and EDR and the many other variables you should consider before risking your money.

UFC (Ultimate Fighting Championship) is by far the most popular branded competition of mixed martial arts fighting and recently has been reported to be outperforming its much older sibling boxing, when it comes to premier pay-per-view receipts.

UFC has a strong global presence that seems to transcend cultural differences by welcoming a wide variety of fighting styles, as well as some of the most successful fighters in UFC history coming from international markets ranging from Brazil, Ireland and the Central Asian republics.

As UFC has become increasingly respected as a combat sport, it struck a critical licensing deal with ESPN, which now features preliminary fights on its main channels as well as facilitating pay-per-view purchases directly over the ESPN+ app. It’s hard to overestimate how significant the UFC/ESPN partnership is and the potential for ESPN’s platforms to expose a stream of new viewers to the sport who otherwise may never have seen it.

More intangible support comes in the form of the tons of free publicity the sport receives from Joe Rogan and his popular podcast the Joe Rogan Experience, new episodes of which are available exclusively on the Spotify streaming platform. As a long-time announcer for the sport, Rogan has been a long-time supporter, regularly having UFC fighters appear on his podcast, hosting live watch parties and of course still announcing some of the highest profile champion fights on pay-per-view.

Not only is UFC increasingly established in the mainstream sports world, its popularity seems to have grown in 2020, as many other sports struggled to sustain viewership and ratings through disruptions and uncertainty with their schedules. According to an article in Yahoo Finance, three of the UFC’s five largest pay-per-view events occurred in 2020.

Read on how about to research the UFC as a potential investment.

If you search for ticker “UFC” in the Robinhood app you will be disappointed and confused. That’s because the UFC brand is part of parent company Endeavour Group Holdings, Inc. and trades under the ticker: EDR. And yes, you can find EDR on Robinhood.

So the answer to “is UFC publicly traded?” is yes, but it’s a little more complicated than that. To understand why, you need to learn more about Endeavor Group Holdings, Inc. You also need to understand that while the UFC is 100% owned by EDR, the UFC’s prospects are not driving 100% of EDR’s corporate performance.

While Endeavor Group (ticker: EDR) provides UFC fans a potential way to invest in their favorite sport, it’s important for these prospective investors to understand that EDR is a holding company with interests in a variety of brands and companies beyond the UFC.

In addition to their controlling stake in UFC, Endeavor Group Holdings Inc. owns a number of other prominent sports properties and professional events including:

As you can see, that’s quite a portfolio. On the one hand, this may be attractive to investors seeking diverse streams of income from across American sports and entertainment. On the other hand, it may be difficult for investors primarily interested in seeking to participate in UFC’s growth story to understand how EDR’s stock performance will ultimately perform due to the many non-UFC businesses included.

In fact, according to an article in Forbes, “owned sports properties” (primarily the UFC) made up just 20% of Endeavor’s revenues in 2019, pre-COVID. That number has increased during last year when their primary events business took a hit, but UFC was able to soldier on by boldly being the first contact sport to restart and continued to generate revenues through pay-per-view arrangements and eventually, live audiences.

So while EDR is far from a “pure play” on the UFC, it may be an interesting stock to evaluate against other “reopening” plays, when you consider how much their business relies on events and live audience participation and related licensing deals.

Endeavor Group’s road to an IPO and now publicly traded stock was long and twisting. Originally slated for an IPO in May 2019, the plans were shelved as WeWork’s IPO plans were put on ice in controversial circumstances and Peloton’s IPO disappointed on its debut, according to the Wall Street Journal. Often, if other high-profile IPOs struggle in a certain window it can be a sign that investor appetite for new offerings might be waning. While EDR waited for its public markets debut, it seemed to take additional financial steps to make it appear potentially more attractive to investors, including lining up funding from big name investors and taking a full 100% stake in UFC.

EDR finally started trading on April 29, 2021, according to Fast Company.

The stock was initially priced at $24 per share, opened trading at $27 per share and ended up closing on the first day of active trading at $25.20, according to historical data from Yahoo Finance. In its first few weeks of trading, EDR shares have rallied, peaking as high as $33.20 per share and trades, as of this writing, just below $30 per share.

As the company has yet to report its first set of earnings and many of the most credible stock analyst firms have yet to formally initiate coverage on the stock, it’s hard to get a full range of professional opinions on the stock yet. We will update this article when we start to see more analyst calls on EDR.

Beyond the bull and bear analyst calls, it’s worth noting that Endeavor’s IPO has found investors ranging from Michael Dell to Oracle founder Larry Ellison, according to InvestorPlace. Additionally, none other than Elon Musk sits on EDR’s board. The stock also seems to have found some interest on Reddit’s investing boards, although it has yet to appear in Van Eck’s Social Sentiment ETF portfolio (BUZZ).

On the bear side, a prominent and very detailed analysis was published in Forbes by noted short-side analyst David Trainer. In the article, titled, “Another Overvalued IPO: Endeavor Group,” Trainer doesn’t mince words when pointing out his concerns over the stock’s current valuation, unrealistic future growth prospects and relatively poor governance rights for the new shareholders who buy in. The analysis warns of a potential 66% downside in the stock from its IPO price.

In addition to Trainer, The Armchair Investor also expressed caution with EDR, highlighting the company’s debt load and the temptation for current shareholders to sell as the stock price rises, common to all IPOs.

It’s clear EDR will need to impress some skeptics with credible earnings reports over the coming quarters, as well as maximize the growth prospects of their admittedly impressive group of US sports and entertainment properties. It will be interesting to see how much more UFC will contribute to EDR’s future numbers.