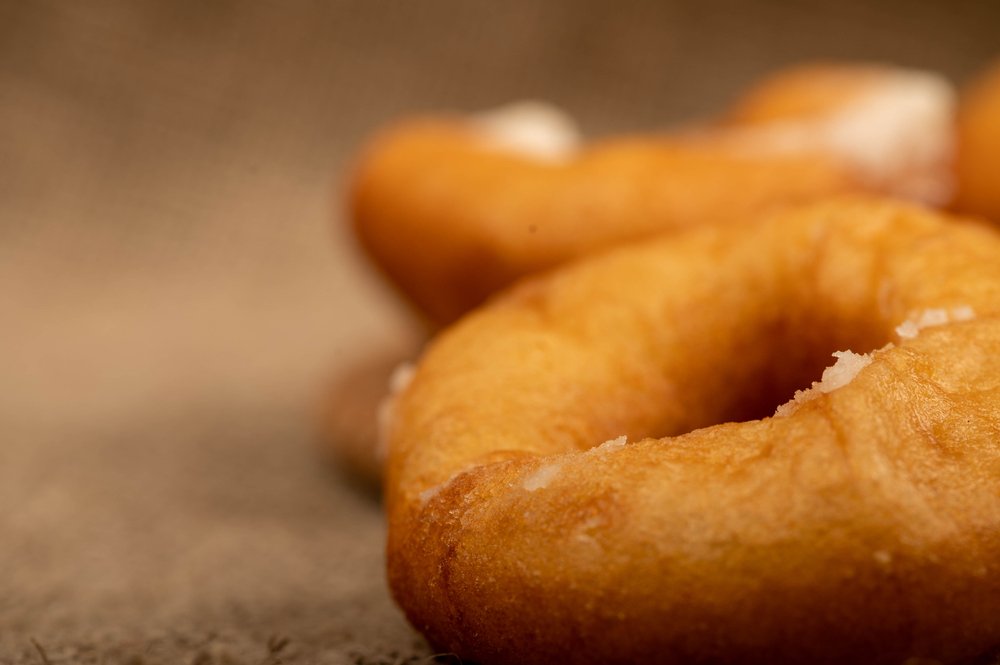 Quick Summary: Krispy Kreme is publicly traded again as of July 1, 2021. It trades on the NASDAQ using the stock ticker: DNUT. This is the second time the company has had an IPO, the first time was in 2000.

Krispy Kreme is an iconic consumer brand with many fans of its distinctive, glazed doughnuts. In America, anyway, you are either a Krispy Kreme or Dunkin’ loyalist when it comes to doughnuts. Such national brand recognition as well as the success of other companies in the quick serve restaurant (QSR) space space may make Krispy Kreme seem like an intriguing investment idea.

Whether or not you enjoy their doughnuts and coffee, you may be wondering if you can invest in Krispy Kreme stock. Until very recently, you would have been out of luck. But the good news for potential investors is that Krispy Kreme is now publicly traded. The company had an initial public offering (IPO) in July 2021, and trades under the stock ticker: DNUT.

Read below to find out more about the 2021 Krispy Kreme IPO, the complicated history of Krispy Kreme as a publicly traded company and what Wall Street analysts currently think about DNUT’s prospects.

Krispy Kreme’s latest IPO is not the company’s first. In fact, the company went public just over 20 years ago in 2000. The parallels between then and now strike some analysts as similar. Historically high stock valuations and concerns about a “bubble” environment are true then and now, along with what some consider an extreme amount of new stock issuance via IPOs and nowadays, special purpose acquisition companies (SPACs), also known as “blank check companies.”

After a period of rapid growth in the 1990s which saw the chain expand from its base in the Southeast US and even open up its first international location, Krispy Kreme went public using the ticker KREM on the NASDAQ exchange, initially listing for $21 per share. Rather confusingly, the company switched exchanges to the New York Stock Exchange in 2001, along with its stock ticker, which the company changed to KKD. The stock’s performance was initially successful, hitting its all-time high of $50 per share in 2003, a more than doubling of its IPO price.

The company ran into trouble in the following years. Growth crested in the mid-2000s as the company’s continued rapid expansion, including expanding into retail locations, led many analysts to suggest that that the brand had become saturated.

The rapid expansion also led to bad headlines, as complaints from franchise owners about a lack of profitability and overall poor treatment from corporate headquarters, coupled with a number of accounting issues, ultimately led to a restatement of earnings and a cease and desist letter from the SEC.

After a challenging fifteen years as a publicly held company, Krispy Kreme was acquired by JAB Holding Company, a German private equity company in 2016. Ironically, Krispy Kreme was taken private at a price of $21 per share, the same price it was originally listed for back in 2000. The final price was a 25% premium to its actual share price, meaning the stock was trading closer to $16 per share at the time of the acquisition. This was a pretty poor performance for a 15 year plus period.

It’s clear that the first chapter of Krispy Kreme’s history as a publicly traded company was a mostly unhappy one for investors who held the stock long-term and didn’t cash out within a couple of years of the IPO.

After about five years of running the business, JAB Holdings put Krispy Kreme back on the public equity market for the latter company’s second IPO. As mentioned, the new version of Krispy Kreme stock trades under the ticker DNUT, the company’s third stock ticker in its history.

DNUT began trading on July 1, 2021 for $17 per share. Its initial price was considered a disappointment in the face of weak demand for the shares. Some initial investor enthusiasm drove the price of the stock up to $21 (that number, again!), before the stock receded to its current price of $18 per share at the time of writing. It’s far too soon to judge the stock performance of the company since its new IPO. We will update the stock performance here after it has been trading for 12 months.

The decision to list Krispy Kreme doesn’t mean JAB Holdings is going away; the holding company will still own more than 77% of DNUT, including an equal level of voting power. This means any new investors in Krispy Kreme today will make up only about 16% of the company’s ownership (and voting power), according to Forbes.

Potential investors may be wondering how much the company’s performance improved under private ownership during the 2016 – 2020 period, and how the company’s prospects will be different this time around.

To invest in Krispy Kreme in 2021 and beyond, you would need to be bought into the company’s updated growth strategy. This strategy involves expanding the “global points of access” by which potential customers can get their hands on Krispy Kreme doughnuts, either through store locations, or more often through delivery to high-traffic grocery and convenience stores.

This type of “omni-channel” strategy was articulated by Krispy Kreme’s CEO, Michael Tattersfield, to Yahoo Finance during the company’s IPO day in July of 2021:

“We have a little less than 400 Hot Light Shops across the globe…they’re special, they produce the doughnuts,” Tattersfield noted.

“Instead of focusing on doing more doughnut shops, we actually try to figure out how to build an omni-channel to get to where the customers are,” he added. That allows for daily fresh deliveries to wholesale select grocers, and select convenience stores within that local area.

The company currently controls 85% of its U.S. doughnut shops, which he says has “allowed them to really expand the brand and get doughnuts to where customers are” and has 52 national and international franchise partners, according to its S-1 filing.

Beyond the omni-channel strategy, Krispy Kreme has a lot riding on international growth; international sales make up about a quarter of the company’s revenues, according to MarketBeat. The company will need to continue to execute internationally to overcome previous challenges with saturation in the US.

Finally, one of the stock’s current biggest weaknesses may turn out to be a future benefit if Krispy Kreme can successfully diversify its menu and ideally add some healthier options. The company is still extremely reliant on its signature glazed doughnut to drive sales (more on this below).

A more skeptical analysis of the company’s prospects recently came from David Trainer of New Concepts, who laid out his bearish thesis on the DNUT IPO in detail in his Forbes column. Trainer was similarly bearish on another IPO company we recently covered, Endeavor Group.

Trainer lists a number of objections to Krispy Kreme’s current price, strategy and prospects, including:

Trainer’s article is a sobering read for any fundamental investors considering Krispy Kreme stock and we recommend you fully read his analysis and consider his points before investing.

On the bullish side, we were able to find some level of enthusiasm for the stock from MarketBeat’s Jea Yu, who suggests that after a recent pullback in the stock, it appears attractive from a technical standpoint.

There have also been rumblings on Reddit that Krispy Kreme could become a “meme stock,” or one where retail investors pile in to drive up the share price in a coordinated effort.

Krispy Kreme reported its first earnings as a born-again public company in August 2021. The company reported earnings per share that just missed analysts’ forecasts, while beating on revenues. In a sign of a clear recovery from 2020’s troubles, revenues were up 43% from this time last year. Analysts were broadly upbeat on the numbers, pointing to improvements in international sales and continued traction with its digital strategy, including a rise in online orders.

Despite the relatively successful quarter and a short-term pop in the stock afterwards, DNUT trades under $17 per share at the time of writing, down more than 20% since its IPO. Remember to always check stock prices on Yahoo Finance, Barchart or your Robinhood app to get the latest prices, as this article cannot provide live updates on the daily stock price of Krispy Kreme.

Krispy Kreme operates within the quick serve restaurant (QSR) sector. This is important because it gives investors an idea of total available market share and shows how other comparable businesses are performing. For example, back in 2005 when Krispy Kreme’s growth was running out of steam, some analysts wondered why factors such as the popularity of low-carb diets were not impacting similar companies (such as Dunkin’ Brands) to the same degree. This ultimately pointed to more company-specific problems with Krispy Kreme’s strategy.

Other major companies in the QSR sector include:

And don’t forget Dunkin’ Brands, possibly Krispy Kreme’s biggest national competitor, which was taken private late in 2020 and is no longer available as a publicly traded stock. What’s with doughnut shops and private equity?

The above is intended as a starting point for further research on Krispy Kreme stock. It’s clear we are in the very early days of the company’s second life on the stock market. Check back here for updates on notable developments in the future.