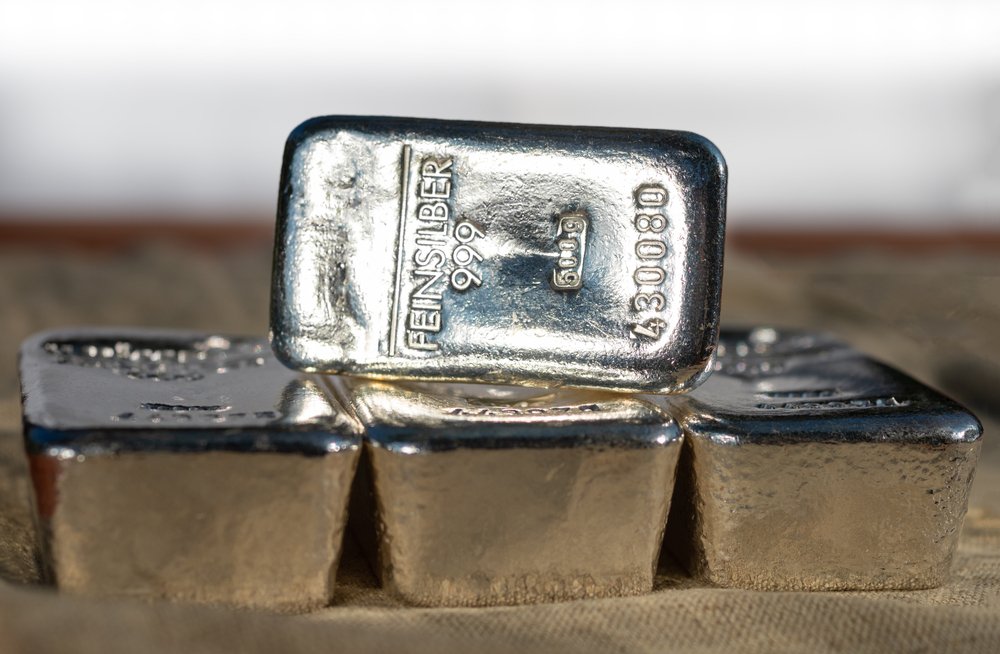 Quick summary: Investing in silver is easy to do on Robinhood. You can choose from a number of physical silver ETFs, silver mining ETFs or individual silver miner stocks. However, investors should be aware of the unique risks of this asset class.

Silver has gained attention recently after an exceedingly strong year of performance in 2020, when many people began day trading it along side meme stocks and stay at home plays. Previously silver had taken a back seat to gold among precious metals enthusiasts and was mostly of interest to professional commodity traders, who appreciated the asset class for its volatility.

Despite silver’s 48% gain in 2020, the long-term track record for the metal as an investment is unimpressive. According to Morningstar data, the silver ETF SLV, the most popular way to track the metal, has returned just 3.44% annualized over the past 15 years. In comparison, Morningstar shows the SPDR S&P 500 ETF, SPY, has returned 9.87% over the same period.

Beyond absolute return, some investors like to hold silver as a small part of an allocation to precious metals within a diversified portfolio. The theory is that silver has different performance factors compared to stocks and bonds and may perform well when other parts of the portfolio struggle.

Other silver advocates point to its usefulness as an industrial metal (unlike gold), which could potentially provide demand support over the long run.

Robinhood has a number of physical silver ETFs to choose from if you are looking to diversify your portfolio.

The physical silver ETFs, which track the metal price directly, include:

If you prefer to invest in a portfolio of silver mining stocks, rather than tracking the price of the metal itself, Robinhood also offers:

There are a number of individual silver mining stocks available on Robinhood. Most trade for under $10 per share and can be even riskier than holding silver itself, due to the added economic risks inherent in any individual company itself.

We strongly recommend you do your own research on any of the names below before risking your money on them. This list is provided as an informational resource only and is not a recommendation to invest.

It’s also worth noting that some of the largest gold and copper mining stocks such as Barrick Gold (GOLD), Newmont Mining (NEM), Freeport McMoran (FCX) also have some exposure to silver as part of their operations.

For new investors, silver should probably make up a very small part of your portfolio, if any. If you had invested in SLV ten years ago, you would be looking at a loss today of nearly 29%, while in that time the S&P 500 index has risen nearly 300%. The potential for such long-term underperformance, as well as the day-to-day volatility of the asset class should be a warning for anyone looking to invest heavily in silver.

Like most commodities, silver is prone to exaggerated boom and bust cycles. From 2009 to 2011, silver gained nearly 400%, before cratering and underperforming most other asset classes for almost the next decade. Then in early 2020 another major rally occurred which reignited some investors interest in the metal, but silver again declined significantly from its highs and investors experienced double digit losses in 2021.

This type of heightened volatility makes holding silver investments long-term difficult for even the most seasoned investors. It would be one thing if the volatility led to reasonable gains over the long term, but as we see from most of the investments listed above, investors have not been rewarded for holding silver over long periods, at least in this current century.

A final note investors should be aware of if they invest in a physical silver trust such as SLV: gains are taxed as collectibles, which means most investors will face a higher tax rate on gains on silver (and gold) compared with stocks or bonds. This additional challenge, along with the poor overall returns, makes it difficult to get too excited about this metal as an investment.