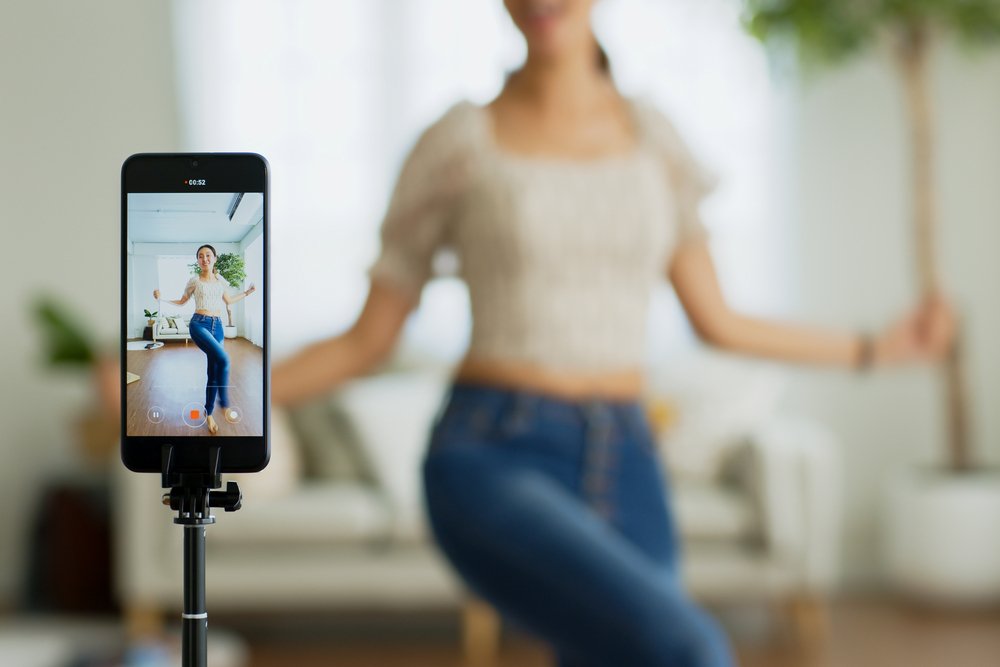 Quick summary: There is no TikTok stock currently available for investors to buy as the app’s parent company, ByteDance, remains privately held. ByteDance has a number of hurdles to overcome both in the US and and its home country of China before a stock IPO and one is relatively unlikely in 2022.

Introduction: Why You Can’t Buy Stock in TikTok (Yet)

The TikTok social media app has become a pop culture powerhouse in just a few short years. Increasingly the favored choice of the youngest social media users, as well as routinely used by celebrities, TikTok seemingly has a lot of momentum behind it both as an app and a business.

Previous social media sensations such as Meta (parent company of Facebook and Instagram), Twitter and Snapchat all have investable stocks that have turned out to be reasonably strong investments over the long-term. It’s only reasonable for investors who follow social media trends to look for TikTok stock, too.

Unfortunately, there is no TikTok stock to invest in as of yet.

The parent company of TikTok, ByteDance, is a privately held Chinese company that is currently caught between an increasingly difficult regulatory environment in China and persistent concerns about how the app is used here in the US.

As a result of these challenges, the path to a TikTok stock IPO in 2022 appears to be murky at best. For now there is no TikTok stock symbol to look for on Robinhood or elsewhere.

Below we outline five reasons why you can’t buy TikTok stock and the underlying dynamics that may keep investors from getting a piece of the company in the near future.

In order for there to be a TikTok stock to buy, the owner of the app, ByteDance, would need to file for an IPO. Unfortunately for eager investors, ByteDance is on the record as saying it has no plans for such a stock offering in the near future. The company released a statement to the South China Morning Post reiterating that it has no plans to go public and has denied reports elsewhere that it may try to proceed with an IPO in late 2022.

Observers have speculated that ByteDance is maintaining this position in part to please its China-based regulators who are increasingly scrutinizing technology companies that maintain a large amount of personal data on Chinese citizens.

The company may also be biding its time, as the IPO environment for large Chinese technology companies has become fraught with risk; two other major listings, Ant Financial and Didi Chuxing (China’s version of Uber) both recently ran into major issues as a result of attempting to IPO, with Didi facing major investigations in the wake of its stock listing and Ant’s cancelled altogether.

Like many Chinese technology companies, ByteDance is currently caught in the crosshairs of a major crackdown on the sector led by the Chinese government and its regulators. The campaign to rein in the power of these tech companies has hit ByteDance on multiple fronts, including:

While all three of the above elements have hurt different business lines for ByteDance, resulting in the company making significant layoffs in its financial and education units (according to the South China Morning Post), the focus on data security and algorithms may be an existential threat to the company’s most important social media apps, such as TikTok.

Not only has ByteDance’s business been significantly impacted by these moves, with its valuation reportedly shrinking at least $50 billion since the crackdown began in 2021, but founder Zhang Yiming also stepped down from his role as CEO of the company, perhaps in an attempt to keep a lower profile and sidestep the fate of another major tech entrepreneur, Jack Ma, who went missing from public view for months after the failure of the Ant Financial IPO.

With an immense amount of uncertainty about the final new rules impacting key areas of its business such as data privacy regulations, as well as the future leadership of the company, it may be some time before ByteDance is stable enough to IPO with the blessing of China’s leadership.

The uncertainty in ByteDance’s home country would be bad enough, but its growth overseas, particularly in the United States, has presented other daunting challenges.

TikTok was singled out by former President Donald Trump as a national security threat and initially faced an ultimatum from the US government that it would need to sell a majority share of its US operations or face a total ban from app stores where the app could be downloaded. A plan was hatched by Oracle and Walmart to take a majority stake in the company’s US operations, but that plan was ultimately put on hold with the change in administration.

While the new Biden administration has yet to make any definitive statements about the future of Tiktok in the US, the risk that the app could either be delisted from app stores or be forced to be sold to a US-based company remains.

There are notable outspoken opponents of the app and ByteDance in Congress, including Senator Marco Rubio, who continued to push the issue vocally in the media. Other signs are also worrying: the US military has banned the use of TikTok on government issued phones, citing risks to national security.

It’s difficult to see how investors would become comfortable with buying into a ByteDance IPO without having the future of its US operations settled.

Reason 4: An Eventual IPO Will Be in Hong Kong, Not the USA

If ByteDance does eventually settle their issues both in China and the US, it seems increasingly likely that any IPO will take place in Hong Hong, rather than on a US market. This could make it more difficult for US-based investors to access the shares on apps like Robinhood.

As a result of increased tensions between the US and China and the potential threat of delisting Chinese stocks from US markets, such as the New York Stock Exchange, many new Chinese companies are choosing instead to list closer to home, either in Hong Kong or Shanghai.

In that case, the company would need an ADR or GDR listing to be able to be bought by US investors. Many companies listed on China’s domestic markets are not available for Robinhood investors to access. Other international stocks such as Hon Hai Precision Industry, cannot be purchased on Robinhood, even though it does have a GDR.

While it’s possible that a company as popular as ByteDance would make an effort to make their shares available to US-based investors through a sponsored ADR or otherwise list an OTC share class, it’s far from certain at this point and in any case will be much less straightforward than if it was available on the NYSE or NASDAQ.

Reason 5: Bytedance Could End Up Blacklisted in the US

Despite all the challenges listed above, ByteDance likely will eventually have a stock IPO as many private investors have significant sums tied up in the company. As reported by the South China Morning Post, some of these investors are already attempting to unload their shares in private markets, but the company will likely continue to be pushed to find some solution that allows early investors, founders and employees to reap the profits associated with an IPO.

When this does happen, however, US-based investors will have to continuously be wary of ByteDance being blacklisted by US authorities. More than thirty Chinese companies have already been put on lists that restrict or exclude investment by US investment firms on the grounds of either alleged human rights abuses or threats to US national security.

The fact that Bytedance has significant personal data on many US and Chinese citizens, including their faces (which could eventually be exploited by facial recognition technology), is already a concern among opponents of the company such as Senator Rubio.

If the company were to face future sanctions from the US government or be blacklisted, that would be a huge risk for shareholders of the company based in the US as they would be forced to sell out of the company within a similar time frame.

If you have read all of the above and still hold out hope for the ability to invest in TikTok stock in the future, the best case scenario is likely one that has been presented before: ideally ByteDance will seem its US operations to an established US-based company. At that point you can either invest in that company or perhaps wait until TikTok is spun out into its own stock.

In any event, it’s unlikely that investors will have the opportunity to invest in Tiktok stock in 2022, although we will update this article if anything changes.