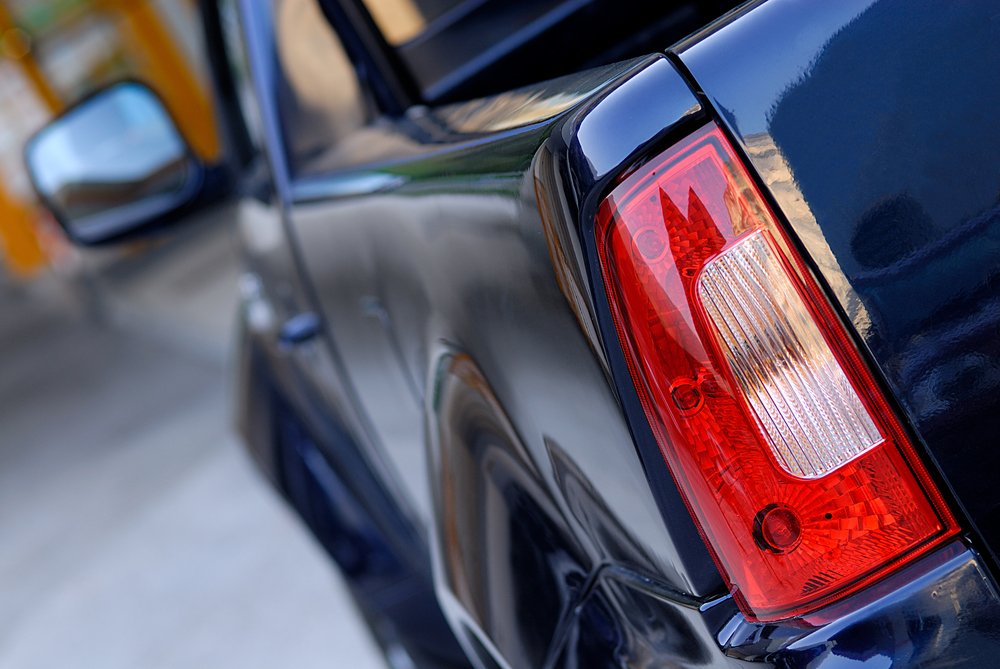 Quick summary: Ford (ticker: F) reinstated its dividend in the fourth quarter of 2021 after cutting it to zero during the uncertain early days of the pandemic. The dividend is much lower than during its previous heights and is now paying out $0.10 per share, for an annual yield of about 2.28% at the time fo writing.

Ford has a volatile dividend history, like most other automakers. Automakers operate in what is considered a highly cyclical industry, so their business is very sensitive to changes in the macroeconomic environment. When times are good, Ford has offered extremely attractive dividend yields, north of 6%. When times are bad, however, the dividend can be cut, or suspended entirely, as happened in 2021.

The good news for dividend investors is that Ford’s dividend is back, driven by the company’s strong recent performance as it increasingly moves into the electric vehicle (EV) space. The company announced a reinstated regular quarterly dividend of $0.10 per share effective as of the fourth quarter of 2021. Reinstating the dividend, along with significant investments in electric and autonomous vehicles is part of Ford’s turnaround plan, referred to as Ford+, according to CNBC. The dividend payout represents a much lower yield than when Ford last paid a dividend, in part because it is a lower payout and also because shares of Ford have risen significantly over the past twelve months.

Recent earnings reports and executive statements have revealed strong demand for Ford vehicles, including extensive backorders on new models. This enthusiasm, which also juiced the price of the stock recently, is somewhat tempered by struggles for the automaker (along with competitors in the industry) to secure enough microchips and other materials to actually produce and deliver its vehicles to customers in a timely manner. Expect this see-saw of good news and bad news to continue in 2022, as Ford and other automakers struggle to meet customer demand against a backdrop of historically tight supply chains.

Reader’s note: The remainder of this article was originally published in 2021 and reflects the events that occurred that led to Ford’s dividend suspension in 2020 and the history of Ford’s dividend policy. It may be useful background for dividend investors assessing the company today.

Despite Ford not currently paying a dividend, many investors will associate the company as being a “dividend paying stock.” This may be partly because of the company having a classic American brand and at one time a reputation as a “blue-chip” stock.

Here is how The Wall Street Journal described Ford investors back in 2006:

Ford shareholders typically fall into one of two groups: income-oriented investors and those seeking growth or an overall return.

It’s questionable if this characterization has changed much today, considering in 2021 there are investors looking to Ford’s aggressive push into the electric vehicle market as a driver of growth and those who fondly remember the stock’s previously high dividend yield and hope to see it restored, in at least some fashion.

Others might still be mentally anchored to Ford’s extremely high dividend yield of 13% in early 2020, just before the dividend was cut to zero in March of that year. Such a dramatic cut gives credence to the saying that a stock’s dividend yield is “highest just before it is cut.”

For more information on why above-average dividend yields can be a sign of trouble, we recommend reviewing this CNBC article: Don’t be tricked by high dividend yields.

Before diving into Ford’s specific recent dividend history, the below quote that originally appeared in Barron’s might provide helpful context for better understanding the company’s uneven dividend track record:

“If you look at the auto industry, it has always cut dividends early in a recession. And when business gets better, the dividend is always restored.”

Here are some notable dividend cuts Ford made in 2001 and 2006, along with accompanying CEO commentary at the time.

2001 Ford announced it would cut its dividend for the first time since the Gulf War, in October of 2001. UPI reported at the time:

“The dividend reduction is a difficult but necessary action,” said (Ford CEO Jacques) Nasser. “A number of factors have converged in the last six months to dramatically impact our company and our operating results.”

Nasser said the Sept. 11 terror attacks at the World Trade Center in New York and the Pentagon outside Washington had weakened already slowing vehicle sales.

“Recognizing there are challenging days ahead, we are taking aggressive actions to address the issues that face our company.”

2006 When Ford cut its dividend in half in 2001, it would be the start of a painful and slow decline in dividend payouts for the company’s investors throughout the first decade of the 2000s, including a complete dividend suspension in 2006 that foreshadowed the start of the Great Financial Crisis (GFC).

Here is how The New York Times reported on the 2006 dividend cut:

“In the face of increasing challenges, we will continue to look for other efficiencies and savings,” Ford’s chief executive, William Clay Ford Jr., said in a statement. “The headwinds we faced at the beginning of 2006 have only become stronger, as consistently higher gasoline prices in the U.S. have caused consumer purchase preferences to shift away from S.U.V.’s and large trucks.”

While the dividend cut, after a string of disappointing financial results, was painful, there were some silver linings during this time period including the ushering in the reign of new CEO Alan Mulally, who many consider led a successful turnaround of the company and also included Ford side-stepping the need for government assistance (unlike competitors GM and Chrysler) during the worst throes of the GFC.

2020 Ford eventually restored its dividend five years later in 2011 and this was one of the signs that Mulally had been successful in turning around the company’s financial prospects. The company’s dividend remained intact, but payouts on an absolute level were somewhat volatile, as the stock’s share price was mostly stuck in the doldrums, particularly from 2015 – 2020.

Here is how CNBC reported on Ford’s latest dividend suspension:

“Like we did in the Great Recession, Ford is managing through the coronavirus crisis in a way that safeguards our business, our workforce, our customers and our dealers during this vital period,” Ford CEO Jim Hackett said in a statement. “As America’s largest producer of vehicles and largest employer of autoworkers, we plan to emerge from this crisis as a stronger company that can be an engine for the recovery of the economy moving forward.”

The question now for dividend focused investors is when Ford might restore its dividend and to what level?

When Will Ford Restore Its Dividend?

According to an article from Market Realist, we have no certainty from Ford’s executive leadership that the dividend will be reinstated, or when. Much of the catalyst for the stock’s recent rally appears to be more related to the company’s new growth prospects by entering the electric vehicle market.

However, there is increasing speculation throughout the financial media that Ford is well-positioned to restore a dividend payout, perhaps as soon as the second half of 2021. Since the start of 2021, Ford’s share price has been on a strong run, fueled by enthusiasm about its aggressive push into the electric vehicle market, especially with the new Ford F150 Electric Vehicle.

Strong stock performance and a positive market outlook can potentially be a reason for a company to initiate (or restore) a dividend. This is particularly true of a company like Ford that has an investor base that over time has likely come to expect a dividend from the company as part of its total return.

There are many opinions on Ford’s stock from the tailwinds mentioned above to headwinds the company is facing from the worldwide shortage in microchips and semiconductors. This latter point has already been acknowledged by the company as a factor that will cut the company’s production by 50% in Q2 2020, with no relief in sight that this issue will be resolved soon.

Keeping in mind Ford’s uneven dividend history including many times it has cut its dividend, income investors should do their own research on this company’s prospects as well as its suitability as a dividend-paying stock before adding it to their portfolios, even if the company announces it is restoring its dividend.

The Highest Dividend Yields in the Auto Sector

Keep in mind portfolio manager Dave King’s analysis noted above of what drives dividend growth in the auto sector. If he is correct, then it is important to have a view of where we are in the economic cycle before investing in automakers with income as your primary aim.

The auto industry has a wide variety of dividend payers, but it’s important to note that most of the current significant payers are listed overseas, including some in emerging markets like Korea. This has the potential to expose investors to foreign currency risk among others related to international investing.

Many of the stocks listed below trade through either American Depository Receipts (ADRs) or have OTC listings available, including available on the Robinhood app. We also included well-known motorcycle brand Harley Davidson as an option to look at, despite its relatively low yield at the time of writing. One stock you won’t find on this list is major Ford rival General Motors (GM), which cut its dividend around the same time as Ford and has a similarly volatile dividend history as its rival.

The below dividend yield data comes from Yahoo Finance at time of writing in 2021. Investors should verify this information before investing their own money and none of the stock listed below, nor Ford, are recommendations of Lean Investments:

It’s clear that appreciating the economic cycle’s impact on Ford and the broader automotive sector is crucial to evaluating it as a stock suitable for those seeking stable, sustainable income over the long-term.