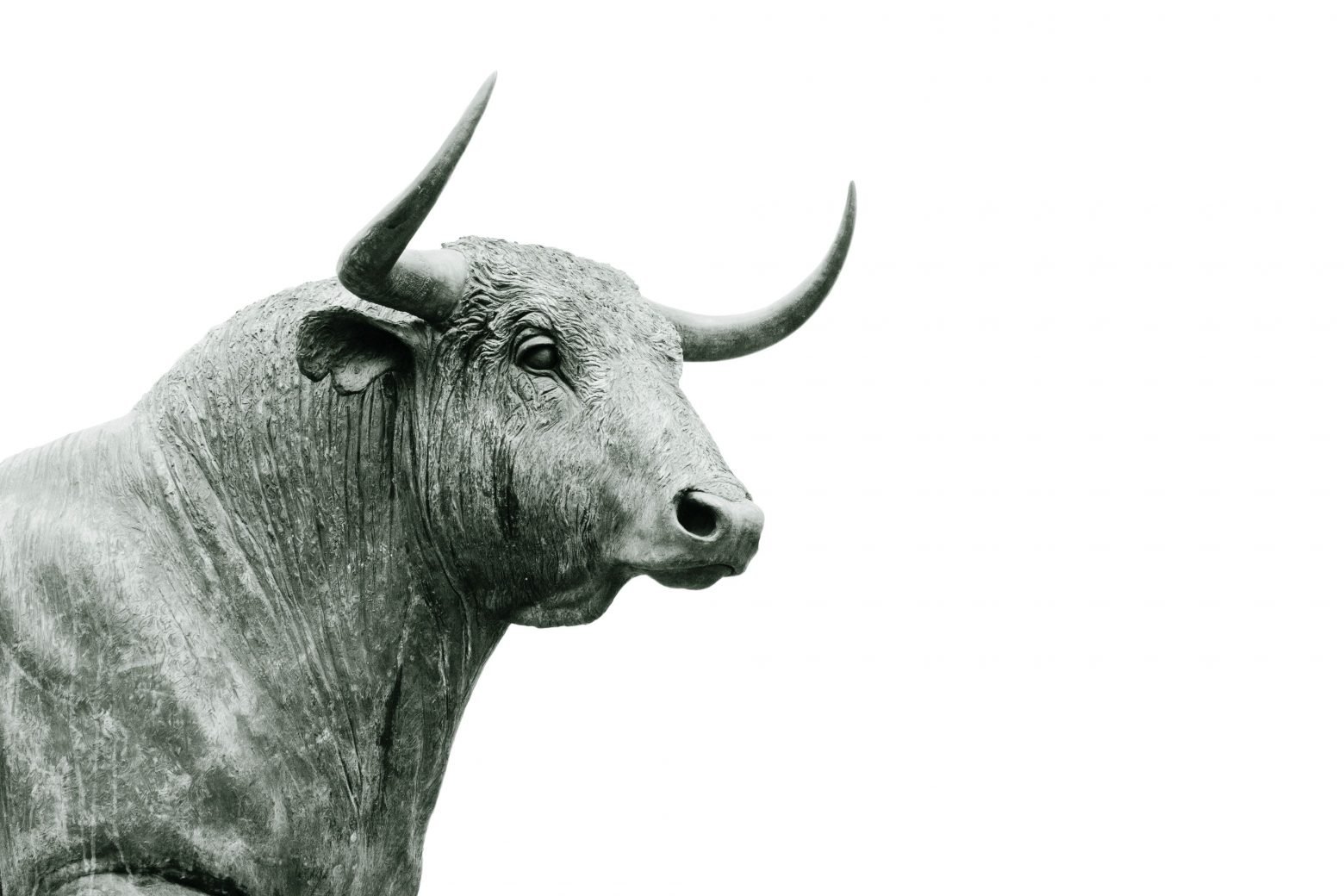 David Tepper is the rare headline maker in multiple spheres, from Wall Street to the NFL. Below we take a look at the background, track record and current market calls of the Appaloosa Management founder.

Who is David Tepper?

David Tepper is a multi-faceted hedge fund manager and entrepreneur. He is one of the most successful hedge fund managers in terms of track record, assets under management and personal income, having founded Appaloosa Management, a global hedge fund now turned private family office.

In addition to being one of the most highly-regarded hedge fund managers, Tepper is also the owner of the NFL’s Carolina Panthers and Major League Soccer franchise Charlotte FC. He formerly owned 5% of the Pittsburgh Steelers.

Tepper is also a noted philanthropist, having made the largest donation to Carnegie Mellon University in history, with the university’s business school now bearing his name.

David Tepper grew up in Pittsburgh, attended the University of Pittsburgh and received his MBA from Carnegie Mellon University after a short stint working for Equibank.

Tepper held positions at Republic Steel and Keystone Bank before landing a position with Goldman Sachs in 1985 as a credit analyst. He quickly ascended at the bank, becoming head trader and playing a key role in helping Goldman survive the 1987 market crash by buying distressed bonds of financial institutions that soared after the market recovered. This episode helped shape the style of investing Tepper would be most known for as he transitioned from trading bonds to equities, focusing on distressed companies that could survive their situations and provide huge potential upside.

After becoming irked by repeatedly being passed over for promotion at Goldman Sachs, Tepper founded his own firm, Appaloosa Management in 1993. The firm’s focus was initially focused on junk bonds, but broadened over time to include global distressed bonds and stocks that led to significant gains at key market turning points in the early 2000s as well as in the aftermath of the Global Financial Crisis, and led the firm to gather assets of more than $20 billion and make Tepper one of the best paid hedge fund managers in the world.

In recent years, assets have declined at Appaloosa for a number of reasons. According to information provided by Institutional Investor, the firm emphasizes performance over gathering assets and has returned a significant amount of money to shareholders to keep the firm’s strategies nimble. Tepper himself has also withdrawn some of his own capital in order to fund the purchase of the Carolina Panthers.

Appaloosa currently offered clients four different strategies: Palomino Fund, Appaloosa Investment and an off-shore and onshore version of the Thoroughbred Fund. In 2019, the hedge fund converted to a family office and Tepper noted his plan to relocate its headquarters from Miami Beach back to New Jersey.

Coming from a deep background in junk bond and distressed asset investing, Tepper is known for making bold, concentrated bets in some of the riskiest assets that have the potential to either go bankrupt or gain enormous value after recovering. While he and Appaloosa have had a strong track record over decades, certain episodes proved to be turning points in the hedge fund firm becoming one of the most successful in the world.

1998 – Russian Bonds – An instructive market call that illuminates Tepper’s investing style is his experience investing in Russian bonds in 1998. Appaloosa initiated a large position on the bonds under the assumption the government would not default on them. The bet backfired though as the government did default and the ruble collapsed, leading to hundreds of millions in paper losses for Tepper’s firm. Rather than walk away chastened from the experience, Tepper doubled down and kept buying the defaulted Russian bonds.

The fund, aided by the Russian bonds call as well as a move into Korean stocks, ended up with a robust 60% return in the aftermath, according to New York Magazine.

2001 – 2004 – California Electricity Crisis – One of Tepper’s most notable moves in the area of distressed investing came in the wake of the California electricity crisis which pushed a number of utility companies to bankruptcy or the brink of it. Anticipating government intervention to save the most affected companies, Tepper began buying shares of Pacific Gas & Electric Company and Edison International in 2001 and added to the positions through 2003. By 2004, these stocks had recovered their value with the support of the government and Tepper sold out of the positions with the shares having at least doubled from their lows, according to GuruFocus.

2001 – 2004 – Junk bonds, including Enron and Worldcom – Tepper continued his bold investing style by making significant bets on companies facing bankruptcy throughout 2002 and 2003. Tepper had huge wins by buying the defaulted debt of Worldcom and also came out ahead on a big bet on cheap bonds of Conseco, a US insurance company facing bankruptcy. Both wins contributed a 148% gain for Appaloosa in 2003.

Tepper even made a significant bet on the defaulted debt of Enron. Discussing the call and the subsequent rise in price of Enron’s debt, he told the Wall Street Journal in 2001:

“All you have to do is look at their assets,” says Mr. Tepper, one of the biggest names in the distressed-investing business. “When you’ve got all this upside it causes a huge opportunity,” he says, as long as the company is assessed with logic, “rather than with fear.”

2007 – Delphi – The world of distressed investing is full of risk and it would be suspicious if Tepper didn’t have any black marks on his record after spending decades making bold bets in this space. One such setback was his involvement with Delphi, the auto parts supplier to General Motors which faced bankruptcy in 2006 and of which Tepper’s firm took a 9% stake. Tepper took an activist position, stating that the firm had overestimated its liabilities and pushed for seats on the board of directors. Tepper ultimately walked away from the company in 2008 as the Global Financial Crisis added more complexity to the restructuring and Appaloosa reportedly lost upwards of $200 million on its original investment in Delphi, according to The Wall Street Journal.

2008 – 2011 – Financial Crisis – Tepper is one of a handful of hedge fund managers and professional investors whose reputation was enhanced by his skill navigating the financial crisis and subsequent market meltdown. He made a series of opportunistic bets on bank stocks and distressed bonds and switched his positioning in some cases from short to long with uncanny timing.

In 2009, The Wall Street Journal reported that Appaloosa racked up more than $7 billion in profit, equating to a payday of $2.5 billion personally for Tepper. Two of his key moves in this period included buying shares of Citigroup for under $1 per share, and Bank of America stock for under $4 per share, moves that alone netted the firm more than $1 billion in profit.

2018 – Cautious, then bullish – Unlike many investors who had great successes during the financial crisis, Tepper’s touch has not deserted him. Two news results from CNBC in 2018 demonstrate this fact. The first article describes Tepper’s cautious positioning in the middle of 2018, commenting that the long bull market was in its “late innings.” Just months later, the market would swoon on the Fed raising interest rates with the S&P 500 briefly entering a bear market on Christmas Eve, declining more than 20% from its previous high.

But in the midst of the selling, Tepper sensed opportunity and became more bullish, telling CNBC again in December that the sell-off had presented an opportunity and that he was nibbling on some favorite names. His bullish stance was rewarded with 2019 proving to be another strong year for the markets.

So how is Tepper and his firm positioned now? The hedge fund legend recently made market moving headlines again, this time for his bullishness on the markets in the wake of a nervous start to 2021, with investors increasingly eyeing rising bond yields and the specter of inflation as concerns for the health of the stock market.

“Basically I think rates have temporarily made the most of the move and should be more stable in the next few months, which makes it safer to be in stocks for now.”

His call carried added weight after already being on record that the coronavirus situation would be a game changer for stocks and according to Jim Cramer, was mostly out of the maret during the major sell-off in March 2020.

In terms of specific holdings, here is a look at Appaloosa’s recent positions as reported by numerous media outlets that cover the firm’s 13F filings.

Please note: Hedge fund managers can move in and out of positions quickly, regularly reduce and add to their positions and can even reverse from a long to a short in a moment’s notice. Lean Investments cannot verify that these positions are current holdings of Appaloosa Management and you should not invest your own money or misconstrue any of the following as recommendations either of Lean Investments or Appaloosa Management.

Current holdings of Appaloosa Management, courtesy of Insider Monkey, include:

David Tepper is universally respected as one of the best hedge fund managers and investors of his generation. It’s clear that he has earned some of his best returns by running into burning buildings that other investors were fleeing, but is also attracted to strong companies such as Amazon and Facebook that have a track record of consistent, strong returns. Now he just needs to find a Quarterback for his Carolina Panthers.